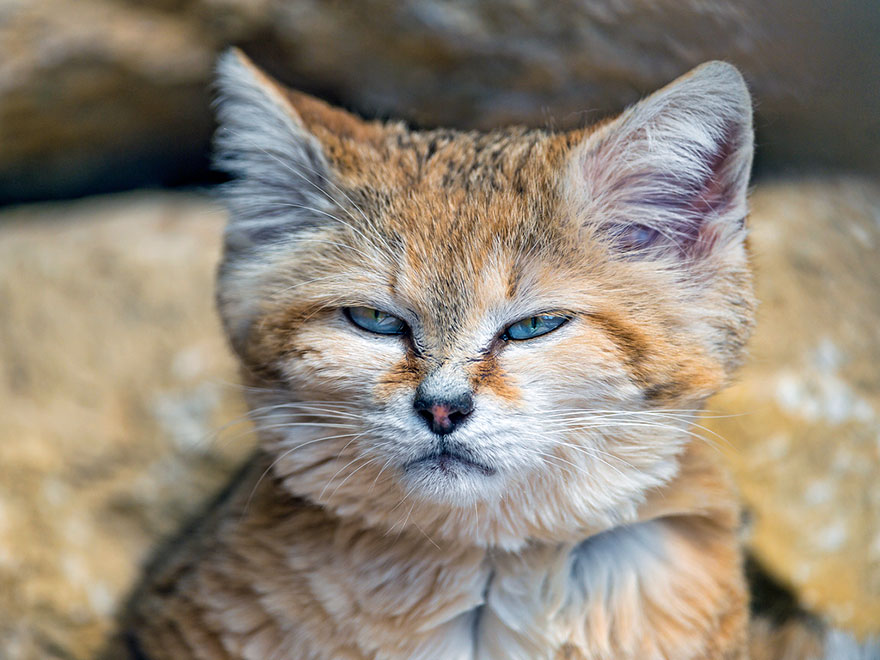 The sand cat (Felis margarita), also known as the sand dune cat, is a small wild cat that inhabits sandy and stony deserts far from water sources. With its sandy to light grey fur, it is well camouflaged in a desert environment. Its head-and-body length ranges from 39–52 cm (15–20 in) with a 23–31 cm (9.1–12.2 in) long tail. Its 5–7 cm (2.0–2.8 in) short ears are set low on the sides of the head, aiding detection of prey moving underground. The long hair covering the soles of its paws insulates its pads against the extremely hot and cold temperatures in deserts. The first sand cat known to science was discovered in the Algerian Sahara and described in 1858. To date, it has been recorded in several disjunct locations in Morocco, Algeria, Niger, Chad, Egypt, the Arabian Peninsula and the Middle East. In Central Asia, it was first recorded in the Karakum Desert in 1925. The large gap between these two regions of its global range was partially closed in 1948, when a sand cat skin was found in an oasis of the Rub' al Khali in Oman. It is discontinuously distributed in the deserts of the Arabian Peninsula and the Middle East. In the early 1970s, sand cats were caught in southwestern Pakistan and exported to zoos worldwide. Due to its wide distribution and large population, it is listed as Least Concern on the IUCN Red List. The sand cat usually rests in underground dens during the day and hunts at night. It moves 5.4 km (3.4 mi) on average at night in search of small rodents and birds. Among the Tuareg people of the Ténéré desert, it has a reputation of efficiently killing venomous snakes. In spring, the female gives birth to two to three kittens, which become sexually mature around the age of one year. The sand cat's ecological requirements are still poorly understood, as only a few in-depth studies targeting wild sand cat populations have been conducted. 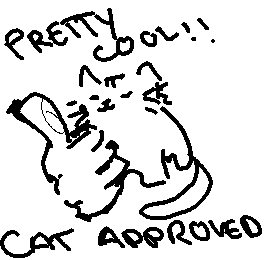